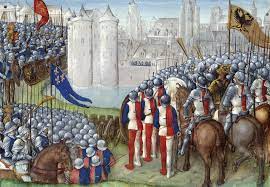 Crusades war? We presently live in a civilization where countries value discussion and political diplomacy as the primary means of resolving international problems and concerns. This is true despite the fact that there are certain war zones located all over the globe. However, in the past, the dynamics of human connections were quite different from what they are now. That is to say, deadlocks were often broken by battles and other forms of armed conflict; as an illustration of this, we may look to the crusades.

Between the 11th and 14th centuries, the Crusades were much more than merely a religious movement; rather, they actively intervened in the social interactions of people living in Europe and a portion of the Mediterranean. As a consequence of this, as it is a historical occurrence that is of significant importance, it is highly vital for the student who will be taking the entrance exam to grasp this topic, as it will be required of them on several occasions throughout the exam. 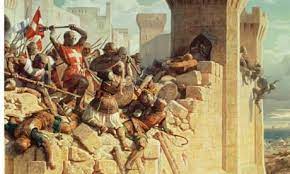 1. How did the crusades start?

Since the 7th century, Arab peoples have dominated the city of Jerusalem and the areas around it. During this time, however, they did not erect any walls to prevent Christians from visiting the city. In other words, they maintained a rather amicable relationship with the people of Europe. The Turks, on the other hand, came to rule this area about the middle of the 11th century and stopped (aggressively and boldly) the journey of Christians by killing them and subjecting them to persecution.

Due to the fact that in Europe, this area was regarded as holy, and also taking into account the beginning of the local resistance to the Catholic pilgrimage, military movements from Western Europe arose to resume power in the Holy Land; another term for this phenomenon is the birth of the Crusades.

2. Were the crusades successful

Despite the fact that they ultimately resulted in a victory for Muslims and a defeat for Europeans, many people believe that the Crusades successfully expanded the scope of Christianity as well as western civilisation. This belief exists despite the fact that the Crusades ultimately resulted in a loss for Europeans. Following their termination, the Crusades led to an increase in revenue for the Roman Catholic Church as well as an extension of the Pope’s influence inside the institution of the church. 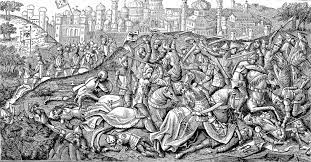 3. How did the crusades affect europe?

After they came to an end, the Crusades resulted in a rise in money for the Roman Catholic Church as well as an expansion of the Pope’s authority inside the institution that makes up the church itself. Both commercial endeavours and travel throughout Europe evolved to a far larger degree as a direct result of the Crusades than they had previously been developed.

4. How many people died in the first crusades

Let’s now devote some of our attention to contemplating the ways in which the Crusades had an impact not just on Europe but also on the rest of the world. The Crusades were responsible for a considerable number of fatalities, which is undoubtedly one of the most noteworthy repercussions they had. It is estimated that the Crusades were directly responsible for the deaths of between two and six million people, and that figure just accounted for the deaths that occurred in Western Europe.